View gallery
CPI Property Group, leader of the commercial real estate market, extends the head office in the Central Tower building due to the company expansion in Poland.
Add your opinion

Interbiuro design & fit out was invited to cooperate on this project. The first phase of works consisted in devising a space plan which could meet the present needs articulated by the investor and allow for further growth along with increased employment and new challenges for future reference. Agnieszka Król-Montoya, an architect from Interbiuro design & fit out, was responsible for design project from the executor's side.

The preparatory stage, i.e. devising the proper space plan, lasted almost half a year, during which the needs articulated by the investor have evolved in the specified direction and eventually crystallized – says Agnieszka Król-Montoya, an architect at Interbiuro. We've been testing several options, including changing the preferred tier. However, the situation has been changing very dynamically and we've updated the setting of rooms on an ongoing basis. While comparing the first space plan with the final result, we may conclude that this process was worth postponing in order to specify the investor’s needs properly – adds the architect.

The customer was by no means convinced of aesthetic expectations about interior design from the very beginning, so we smoothly proceeded to the performance of executive project with design elements, after closing the longest stage, i.e. planning.

The most important factor was color uniformity with the emphasis being put on navy blue and its different shades (company color), and several grades of grey, white and black. This combination prevailed in office space (open space and offices) whereas telephone boots and conference hall, which can also be a chill-out room, are designed in such a way to make them coloristically different by using such colors as red, green, or yellow as accents occurring in chosen places in the office. This solution helped to break the dominance of navy blue and grey, using the right proportions, with no chaos introduced to space as a totality, enriching it instead. There were also new ideas and expectations brought up during joint meetings, usually on the investor’s side, which we eagerly presented in the project to gain acceptance of our customer – Agnieszka Król-Montoya.

We’ve been simultaneously conducting intense talks on interior fittings. It was much easier to select, for instance, colors of certain furniture to fit the elements of interior design, and the other way round, as well as to correct possible material and color variances at the design stage. The final and coherent interior design is the effect of mutual cooperation of both sides participating in the design process.

Source: Interbiuro
see last
You enjoyed article? Sign in for the newsletter!
Fill out your e-mail, to recive our newsletter.
Be the first to comment
More on topic:
Related companies 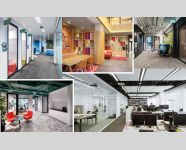 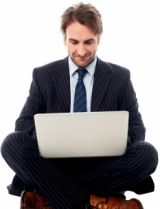